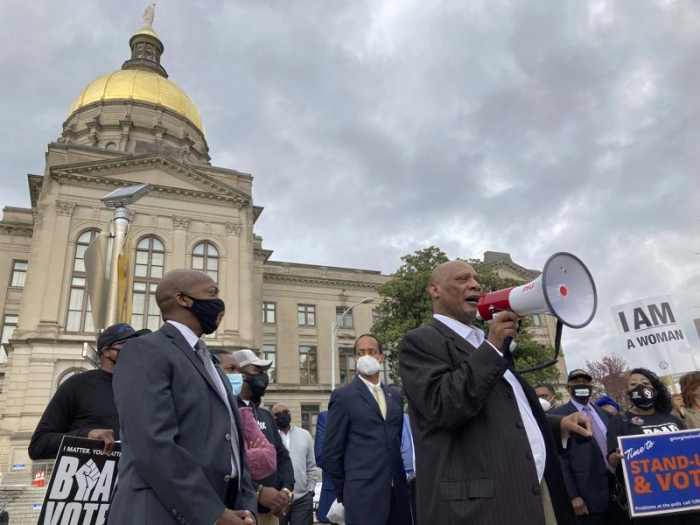 A group of religious leaders is calling for a boycott of Georgia-based Home Depot, saying the home improvement giant hasn’t done enough to oppose the state’s new voting laws.

African Methodist Episcopal Bishop Reginald Jackson said the company has remained “silent and indifferent” to his efforts to rally opposition to the new state law pushed by Republicans, as well as to similar efforts elsewhere.

“We just don’t think we ought to let their indifference stand,” Jackson said.

The leader of all his denomination’s churches in…

The 2022 Golden Globes Have Been Booted by NBC

ADVERTISEMENT Amid a flurry of criticism regarding everything from ethical lapses to entrenched racism, the Hollywood Foreign Press Association is...

No escaping COVID-19, even at California’s remote Slab City

ADVERTISEMENT The dusty compound is cluttered with rusted school buses and wooden shacks. Cacti stud the grounds and Christmas lights...