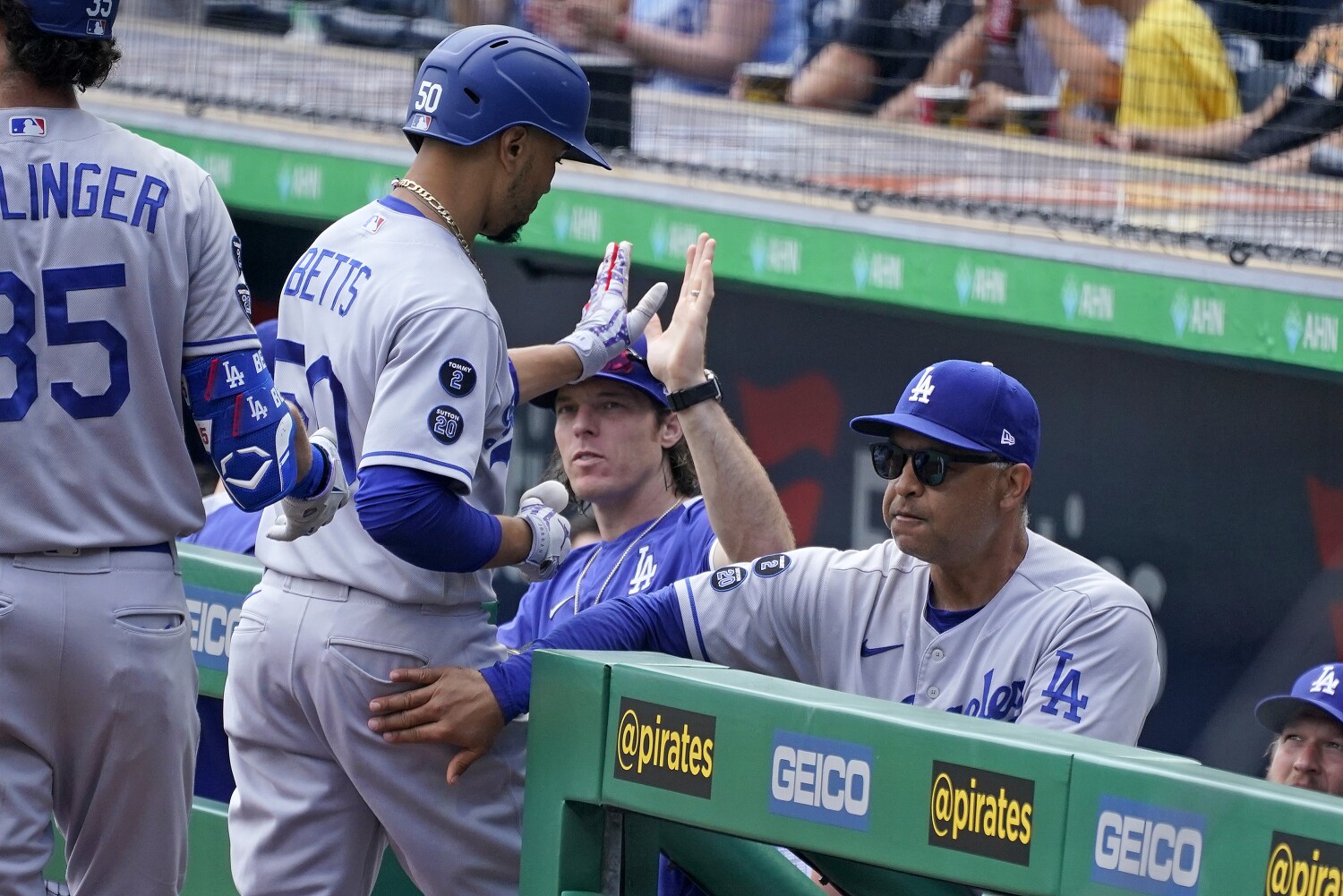 Mookie Betts’ performance Thursday at PNC Park, an all-around rendition that served as a reminder of his elite skill-set during a relatively disappointing season, began in the first inning, when it was still sunny and muggy, inside the batter’s box.

He swatted the third pitch of the game, a 2-0 fastball from Mitch Keller, over the wall in left-center field to give the Dodgers a prompt lead in a rain-shortened, series-sweeping 6-3 win over the Pittsburgh Pirates. It was Betts’ sixth home run this season and first in 75 plate appearances. He hadn’t homered since May 18. On Sunday, Dodgers manager Dave Roberts predicted Betts would homer “in the next few days.”

“I’ve been working a lot, as always,” said Betts, who finished…

Dak Prescott leaves Adidas for five-year deal with Jordan, becoming only QB and Cowboys player under the brand – CBS Sports

James Michael Tyler, who starred as Gunther in ‘Friends,’ says he has stage 4 prostate cancer

ADVERTISEMENT “Friends” star James Michael Tyler has revealed he is battling stage 4 prostate cancer. The 59-year-old actor, who is...

ADVERTISEMENT Supporters of the Affordable Care Act breathed a sigh of relief heard coast to coast last week, when the...